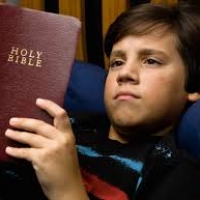 OneIsTheWord Posts: 15
May 28 in Apologetics

Greeting  to all, looking forward to meeting new people, please bear with me for I am shy with words love is all I know for my heart is most humble and with always with humility

Could not find a place to introduce myself

Thank you for letting me be part of this community