Adam and Eve, what they didn't know...

Adam and Eve, what they didn't know... 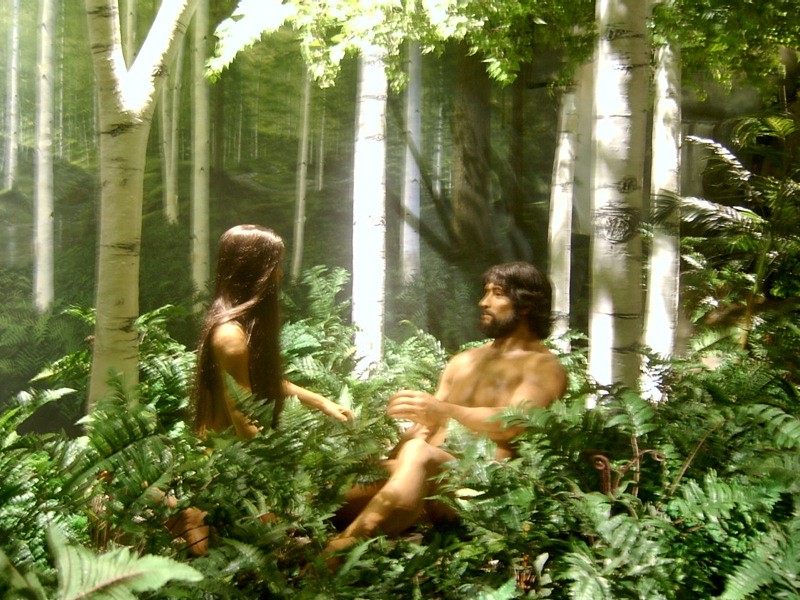 Jehovah God took the man and settled him in the garden of Eʹden to cultivate it and to take care of it. Jehovah God also gave this command to the man: “From every tree of the garden you may eat to satisfaction. But as for the tree of the knowledge of good and bad, you must not eat from it, for in the day you eat from it you will certainly die.” (Genesis 1:15-17)

Adam had everlasting life in view. All he had to do, is not partake of the tree of the knowledge of good and bad. Other than that, Adam could eat from EVERY tree of the garden including the tree of life to satisfaction. If you are a Lover of Jehovah God, then you Aprecciate and Love the Deep things of God. Jehovah God is a Revealer of Secrets. (Daniel 2:47)

The anointed cherub that was covering in the Garden of Eden started to grow a haughty heart and out of that haughtiness, he became vengeful and vindictive at the first human couple. Angels are moral agents and don't have to ability to procreate, not as spirits anyway. Now the serpent was the most cautious of all the wild animals of the field that Jehovah God had made. So it said to the woman: “Did God really say that you must not eat from every tree of the garden?” (Genesis 3:1) This angel well knew what command that Jehovah laid on Adam. However, Jehovah never laid the command on Eve. It was Adam's Headship to guide his wife and Jehovah gave him some latitude in how to instruct her.

Jehovah simply commanded Adam, "but as for the tree of the knowledge of good and bad, you must not eat from it, for in the day you eat from it you will certainly die.” (Genesis 1:17) Either Adam choose to go beyond the command of not eating its fruit by adding"no touching" and about the fruit of the tree that is in the middle of the garden. (Non-specific). Or Eve took it on her own to expand Jehovah's command. Because next to that very tree of good and bad was the tree of Life. Evidently in the middle of the garden?

Notice Eve's answer goes beyond what Jehovah commanded Adam. "At this the woman said to the serpent: “We may eat of the fruit of the trees of the garden. But God has said about the fruit of the tree that is in the middle of the garden: ‘You must not eat from it, no, you must not touch it; otherwise you will die.’” (Genesis 3:2-4) Also, in her answer about the tree was not named... but noticed in his reply he mentions knowing good and bad.

Next, the anointed cherub's response to Eve is quite telling. "At this the serpent said to the woman: “You certainly will not die. For God knows that in the very day you eat from it, your eyes will be opened and you will be like God, knowing good and bad.” (Genesis 3:4-5) Did Adam tell his Wife, not to eat of fruit of the tree in the middle, (non-specific) because the tree of life was also in the middle of the garden along with the tree of the knowledge of good and bad. Not only did Adam and Eve have permission to eat from 'the tree of life' before they sinned, but they could have eaten from it after they sinned before they went hiding from Michael the Archangel as he was walking in the breezy part of the day. "Later they heard the voice of Jehovah God as he was walking in the garden about the breezy part of the day, and the man and his wife hid from the face of Jehovah God among the trees of the garden." (Genesis 3:8) Evidently this wasn't the first time they spoke with Jehovah's Chief Messenger as the word of God since they heard him walking in the garden and this time went hiding.

Several things we can glean from the scriptures. One, if Michael is the voice and face of Jehovah God, it's quite likely he manifested in the flesh as he often did as Jehovah's Chief Messenger, the word of God. Second, if Michael manifested, it is possible that the anointed cherub manifested in the flesh and the Scriptures were speaking of him symbolically as a serpent due to his caution and his turning and twisting of Jehovah's Word. Third, notice Jehovah's response to his Only Begotten Son as he blocked access to the tree of Life.

Jehovah God then said: “Here the man has become like one of us in knowing good and bad. Now in order that he may not put his hand out and take fruit also from the tree of life and eat and live forever,—” (Genesis 3:22) This scripture gives us huge flashes of Spiritual Insight.

With that Jehovah God expelled him from the garden of Eden to cultivate the ground from which he had been taken. So he drove the man out, and he posted at the east of the garden of Eden the cherubs and the flaming blade of a sword that was turning continuously to guard the way to the tree of life." (Genesis 3:23-24) Jehovah could not allow or drop His Divine Standard for Adam and Eve to partake of the tree of life and live forever in their imperfect and disobedient state. There was Opportunity for them to do what is Right and partake of the tree of life, they simply choose not too.... Satan knew that Adam and Eve would positively die! That is how Sinister Satan is!!

For the next 1,500 years, Satan and his angels had their eyes on that tree of life with no avail. Making up schemes to taint Jehovah's Seed. But Jehovah guarded the tree of life and is granting life to those called, chosen, and sealed. What Satan wanted so badly for himself... Jehovah gave to his Chosen Ones of the 144,000. Amen!