Only in USA do skyscrapers collapse from fire ?

there was a tremendous fire which engulfed the whole of the Abcco Tower at AL Nahda (UAE) yesterday evening. The tower burned completely from a fire that started low and eventually caught the whole tower. 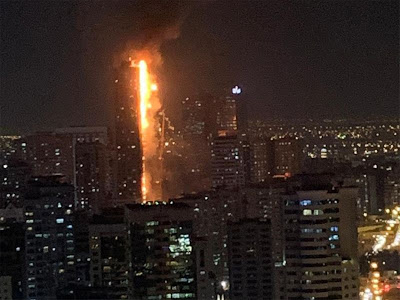 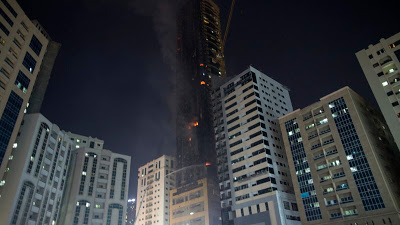 Strangely, as with any other such high tower in the world outside the USA, this tower as well did NOT collapse even though the fire was "total" and left "a black tower ruin" after the fire that subsided.

Seems like only in the USA do towers collapse and fall right into their footprint from fires in some office rooms and a few floors (cp. the towers in NYC and what happened in September 2001 ....)