Influences of globl warming in Greenland?

Temperature record at the meteorological station Summit in central Greenland .... 2 Jan 2020 was the coldest day since measuring temperatures there ... only -64,9 °C. 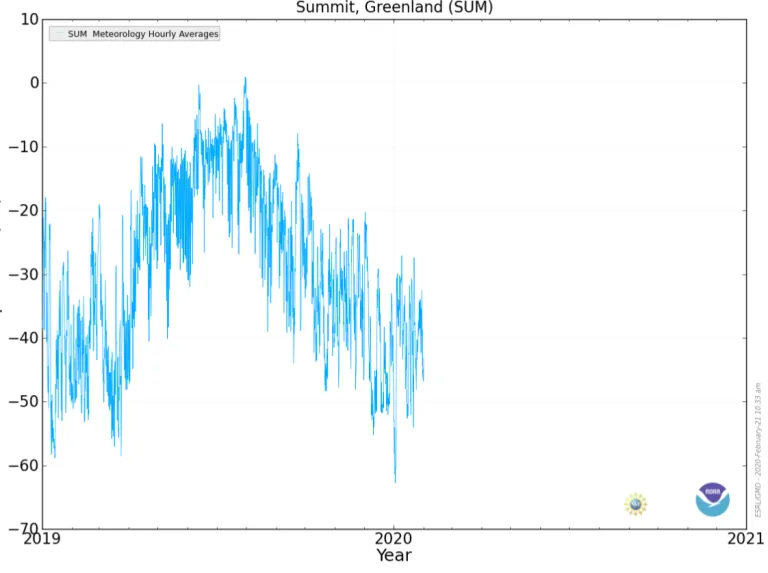 And since we have a look -- what about global warming and Greenland ice melting during the last decade? Have a look at this info chart:

But then, folks, perhaps you want to rather believe the climate hysterics propagated by the climate prophet Greta Thunberg ?