The Qur'ran: A Second look-- Jesus Within? 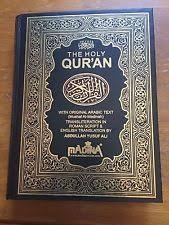