140 Skeletons Discovered at Site of Mass Child Sacrifice in Peru 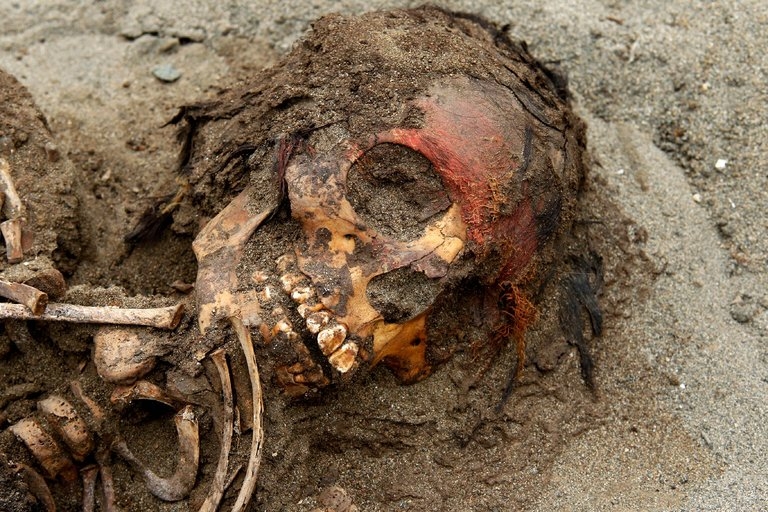 One of the skeletons of 140 children who were ritually sacrificed during a ceremony about 550 years ago near the modern day city of Trujillo, Peru. Mariana Baz/Reuters

Archaeologists in northern Peru say they have found evidence of what could be one of the world’s largest single cases of child sacrifice.

The pre-Columbian burial site, known as Las Llamas, contains the skeletons of 140 children who were between the ages of 5 and 14 when they were ritually sacrificed during a ceremony about 550 years ago, experts who led the excavation told The Associated Press on Friday.

The site, located near the modern day city of Trujillo, also contained the remains of 200 young llamas apparently sacrificed on the same day.

The burial site was apparently built by the ancient Chimu empire. It is thought the children were sacrificed as floods caused by the El Niño weather pattern ravaged the Peruvian coastline.

The excavation uncovered the remains of more than 140 children and 200 llamas, who were sacrificed some 550 years ago in Peru’s northern coast 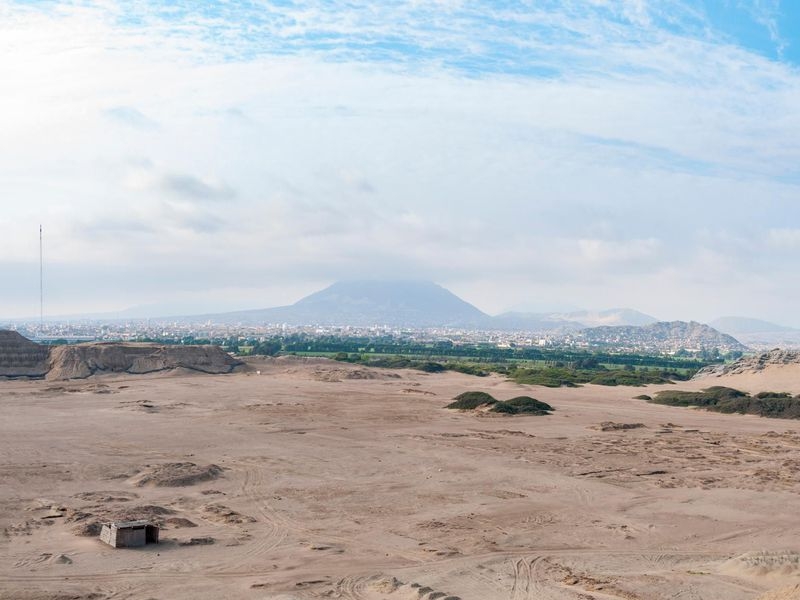 Back in 2011, archaeologists first uncovered evidence of a large-scale human sacrifice that occurred some 550 years ago in Peru. Now the full details of the excavation in Peru’s northern coast, near the modern-day city of Trujillo, have been revealed, Kristin Romey reports in a National Geographic exclusive.

The 7,500-square-foot burial site, known as Huanchaquito-Las Laamas, is believed to have been built by the Chimú empire, Peru’s most important civilization to pre-date the Inca empire.

While the Aztec, Maya and Inca civilizations are known to have performed human sacrifices, the Huanchaquito-Las Laamas discovery is believed to be one of the largest-recorded incidents of child sacrifice in human history.

According to researchers, more than 140 children between the ages of 5 and 14 were sacrificed at the pre-Hispanic site. Evidence, including damage on their breast bones and dislocated rib cages, suggests that their hearts were ripped out.

The children, many of whom also had red pigment on their faces, may have died when their chests were cut open, but researchers haven’t ruled out that they may have also been killed another way first.

Read more: https://www.smithsonianmag.com/smart-news/site-child-sacrifice-uncovered-peru-180968927/#PiuOWeLbBTureYh1.99
Give the gift of Smithsonian magazine for only $12! http://bit.ly/1cGUiGv
Follow us: @SmithsonianMag on Twitter

Does the Bible endorses or allows Child Sacrifice? For example:
1. Abraham, willing to sacrifice his son?
2. Wasn't Jephthah, who had invoked the name of Yahweh (translated as "the Lord" in most English Bibles), bound by the third commandment to fulfill his vow and offer his daughter to Yahweh, the very God who had forbidden the practice (Judges 11)?
3. What about the passage of Isaiah 30:27-33?

What's the history, purpose, and practice of Child Sacrifice? What's the Bible's position on this topic, then and now? CM