Here is a brief video that attempts to illustrate the concept of High Context and Low Context Communication. 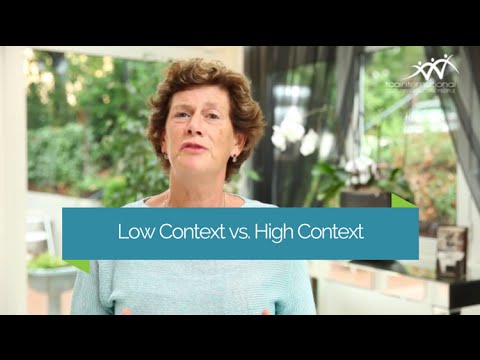