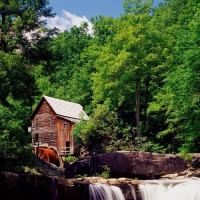 "Ladd, in contrast to Jones, concedes that post-tribulalional rapture is an inference rather than an explicit revelation of Scripture in the following statement:

"Nor does the Word explicitly place the Rapture at the end of the Tribulation."

“The fact is that neither posttribulalionism nor pretribulationisim is an explicit teaching of Scripture. The Bible does not in so many words state either.”

“Pretribulationism is based on the fact that it allows a harmony of the Scriptures relating to the Second Advent.”

“The separation of the translation from the return of Christ to earth permits each of the two events so different in character, to have its own place.”

“It solves the problem of the confusing and contradictory details in the post-tribulational interpretation illustrated in the difficulty of the postribulationist's themselves to work out a harmony of prophecies related to the second advent."

"One objection to the pre-Tribulation Rapture is that not one passage of Scripture teaches the two aspects of His Second Coming separated by the Tribulation. This is true. But then, no one passage teaches a post-trib or mid-trib Rapture, either."

Tim LaHaye, No Fear of the Storm: Why Christians Will Escape All the Tribulation (Sisters, OR: Multnomah, 1992), 69. This book was later republished as Rapture Under Attack). See “That’s Not in the Bible” Gary DeMar