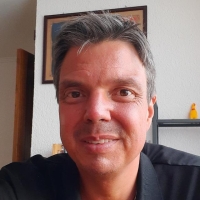 Thanks to all who raised their concerns to me via PM and flagging content, especially @Wolfgang,@C Mc, @reformed, @Bill_Coley, @BroRando.

Let me first give an explanation why I've been even more quiet than usual, even after the escalation had started. I had a freak accident in August, spent two weeks in hospital, and was bound to a wheelchair for two months afterward. In between therapy sessions and rehab, I'm still trying to catch up on seminary work as well as my normal job...

So last week, at the peak of the escalation, I had an exam (ironically with the main emphasis on refuting JW arguments), two birthdays of closest friends and family, and multiple personal affairs that required and still require an extra amount of both prayer and personal involvement. CD is simply way down on the priority list to devote more than the minimum time to it until some of these other pressing things are removed.

Should you become worried that I'm in the process of overworking, there's no need for any such feelings. As of tomorrow, I'll be on holiday. So I'm sorting out CD this evening, and for the rest of the week you'll be on your own...

First of all, @Wolfgang will leave us. I'm going to delete his account right after publishing this post. This is not a moderator action, but his own personal choice.

Second, I've looked carefully through all the cases of name-calling, ad-hominems, racial slurs, and other kinds of offensive behaviour. I was considering temporary bans for all offenders until I return from vacation, but decided against it, as that'd mean banning almost all major board participants. None of the incidents should have happend, but then, none of the name-callings were so severe to justify any permanent actions for the offenders.

In the future, if there are any incidents like this, please call out any cases of ad-hominem and name-calling directly in the respective threads, including any offensive words disguised as questions. That should be embarrassing enough for the offenders. If the situation gets out of hand, of course you can still flag posts or send me PMs.

As for assigning moderator privileges to someone else, I'm currently not going to do that. Too many of the forum regulars were in attack mode rather than peace making mode during the recent escalations. Unfortunately, there's currently no-one here I'd trust with the moderator role.

As for discussing JW doctrine, I'm going to allow it, including links to their organization. Of course that doesn't mean that I endorse JW doctrine. This board has been open to all kinds of doctrines that are considered heresies by conservative Christianity. Most moderated boards would not have tolerated this kind of discussion. So far, the trinitarians here have done a good job presenting their view.